$350 Million Up For Grabs in Unclaimed Bottle Deposits

Californians pay an additional nickel or dime every time they buy a can of soda or a bottle of beer. This deposit can be returned to the recycling center. The California Bottle Bill was first introduced as a bill in the state of Oregon back in 1971. It passed and became law on March 8, 1972. The Bottle Bill's objective is to increase recycling which will reduce litter, landfill and improve water quality.

The deposit works by people bringing their bottles and cans to recycling centers where they get five cents back. This means that people get extra money and recycle more. It also encourages them to collect their cans and bottles, lessening the burden on municipal waste centers. In practice, however, billions upon billions of containers are not recycled and the money is lost. Only 68% of all bottles and cans are currently recycled leaving a huge opportunity for improvement.

California's bottle deposit program holds at least $350,000,000 in unclaimed nickels and dimes and any given time. This surplus was built up over several years due to falling redemption rates as a result of changes in the recycling industry. The reason consumers aren't returning cans and bottles is that there are far fewer recycling centers than five years ago. This has created what can be called "recycling deserts".

San Francisco is the poster child of the negative effects of the bottle-recycling program. According to Californians Against Waste, the redemption rate per capita for the city is the lowest of any county in California, despite its eco-friendly reputation. To combat the declining situation, the city launched a new recycling program using mobile redemption trucks. This move was designed to reverse the decline in recycling after many of the city's recycling centers closed.

Why are recycling centers closing?

Many factors have led to the closure of recycling centers in large numbers, including soaring realty prices and turmoil in the global scrap market, such shifting aluminum prices or a shrinking market for plastic. California's recycling program is at an impasse. The direction that state legislators choose to go in this year will determine whether or not the program recovers.

Two starkly different approaches are dividing legislators: Waste haulers and advocates want to preserve the current system while making subtle changes to ensure that recycling centers remain open. Consumer Watchdog, along with a number of environmental groups, want the beverage industry to take responsibility for providing sufficient centers, as they are the main producers of this type of recyclable waste.

Rachel Machi Wagoner is the director of CalRecycle. She said that it was clear that the state's redemption program, which was created in late 1980s, wasn't flexible enough for the changes of the past five decades.

She said that there is an overwhelming desire to make the program more effective, but not enough agreement about what that should look like. It's the "how" that is the problem. The program recycled approximately 18 billion cans and bottles in 2020. However, more than 8.2 million recyclable containers ended up in landfills or litter as a result.

How do we make it easier for recycling centers to be profitable?

AB1454 is a measure supported by waste haulers and Californians Against Waste. It seeks to make it easier to keep recycle centers open by increasing CalRecycle's payments to help subsidize some material processing costs. It could also grant grants to open new centers in areas that are underserved.

Director of Californians Against Waste, Mark Murray said he supports this approach to fixing the existing program. He said that the state could more easily support recycling centers if it paid higher subsidies to cover their costs. The state currently provides "processing payments" for recycling centers to offset the costs of handling materials that aren’t profitable. The payments are calculated using data that dates back two years. Murray stated that a "very specific flaw" could not be fixed by handing the job to beverage companies as Consumer Watchdog and other environmental organizations propose.

Consumer Watchdog stated that this approach is based on recycling programs in other states such as Oregon which have higher redemption rates and place the burden on the industry. He stated that the program will not work if consumers don't have enough places to recycle their cans and bottles. CalRecycle and the governor must face the problem and find a solution.

The new city program , also known as BottleBank, is now available. Residents can download the app and bring their bottles and cans to mobile redemption stations around the city. Charles Sheehan is chief policy officer for the Department of the Environment. He said that the program was designed to make it easier to redeem bottles and cans. Uncrushed cans and bottles can be brought to the city's rotating redemption points and placed in bags with scannable codes. These barcodes can later be scanned and the containers inside will be counted. Consumers can then be reimbursed via digital payment sites like Venmo. Sheehan stated that the city hopes the program is a model for creative ways California can revive bottle recycling.

WeighPay is a cloud-based hybrid scale, ticketing and yard management software that offers the advantages of both cloud and on premise solutions. For the Scrap Metal, Waste Management and CRV Recycling Industries, WeighPay can offer greater benefits than pure cloud or on-premise solutions alone. We believe that a hybrid cloud software solution is the best option for all companies in this industry, regardless of size or complexity. Find out more about how WeighPay can benefit your business on our website www.weighpay.com or contact us at info@weighpay.com today to learn more.

Check Out The Latest From Our Blog 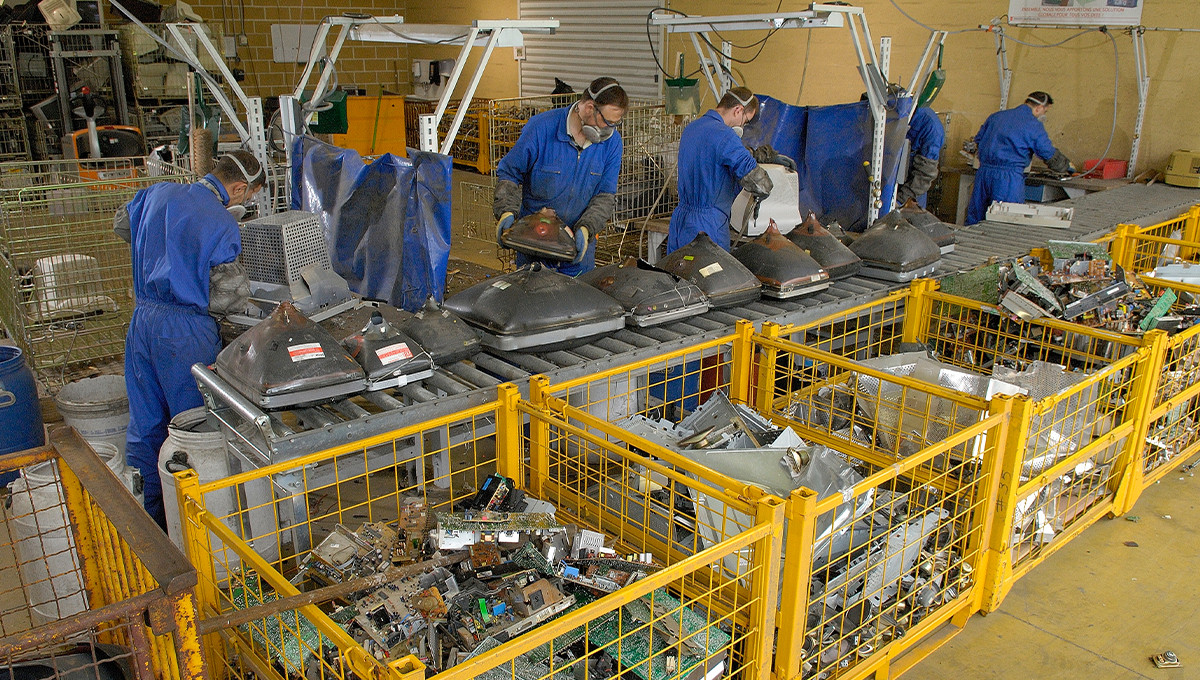 October 20, 2022
WeighPay is a Scrap Metal Recycling Software that makes scrap yard management more efficient. By digitizing scrap yard operations, WeighPay reduces the time and labor needed to manage scrap yards. This allows scrap yard managers to focus on other tasks, such as sorting materials and preparing them for recycling rather than spending time on manual administration and paperwork.
Read More 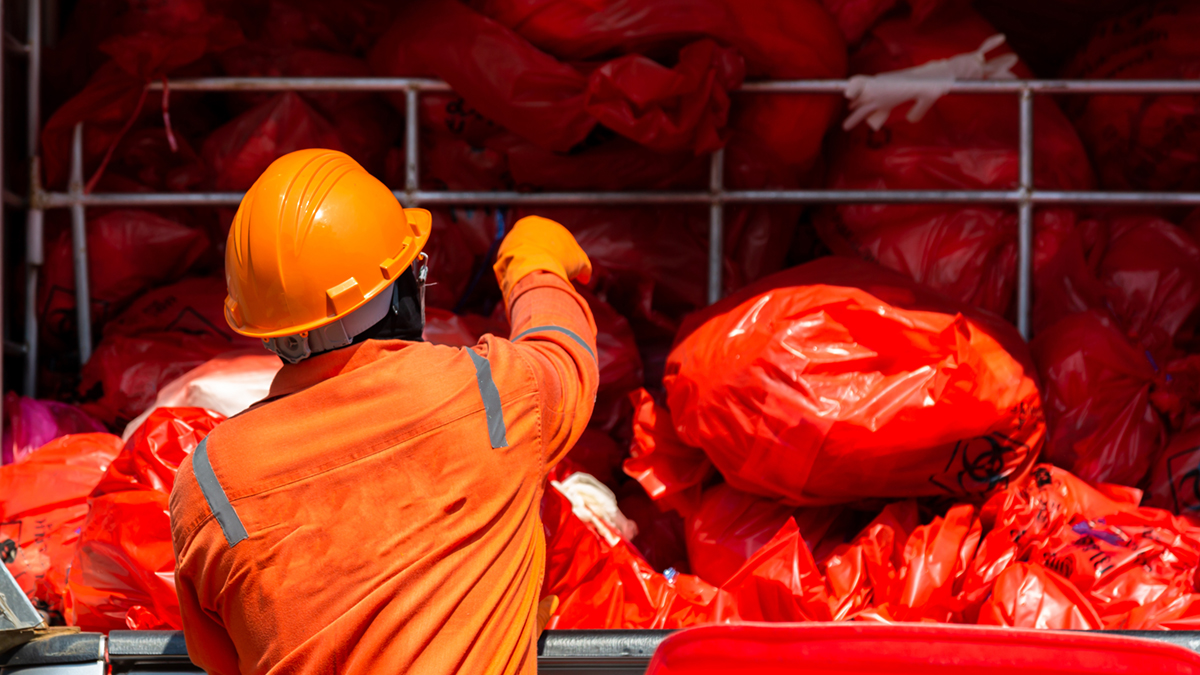 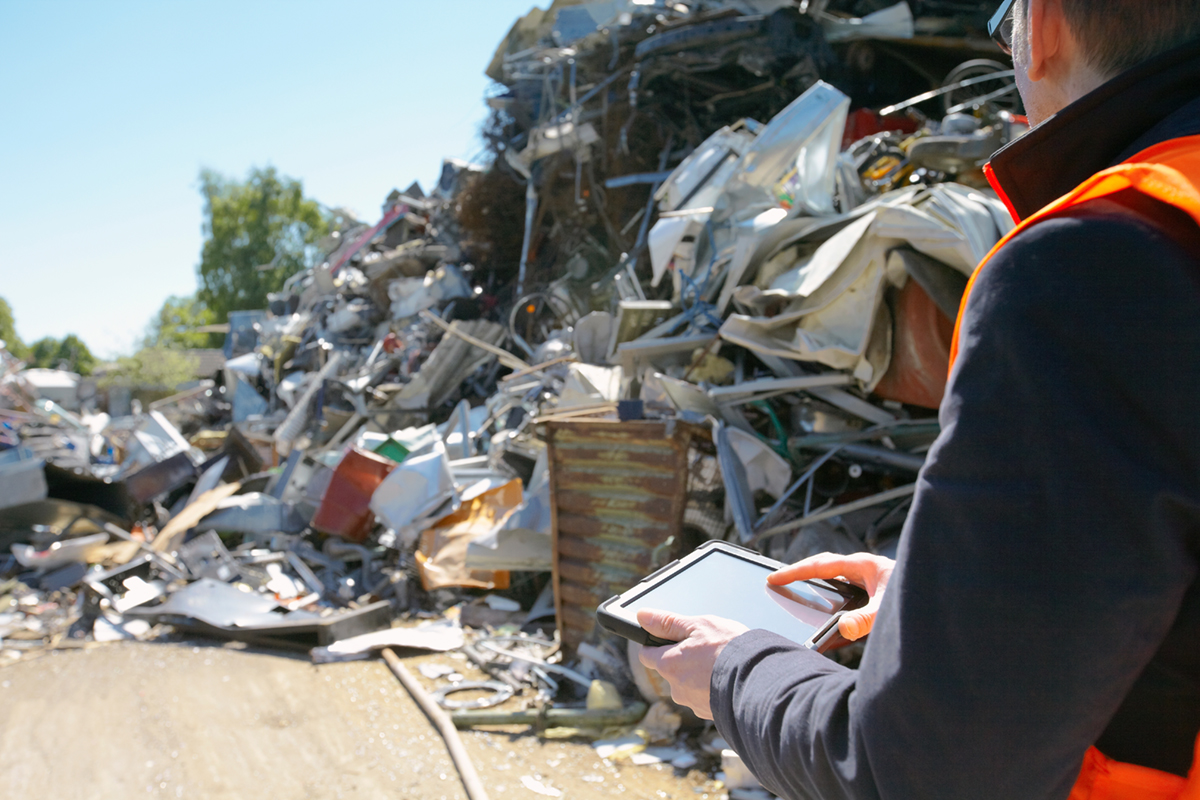 How Technology is Changing the Waste Management Industry, and Supporting the Circular Economy 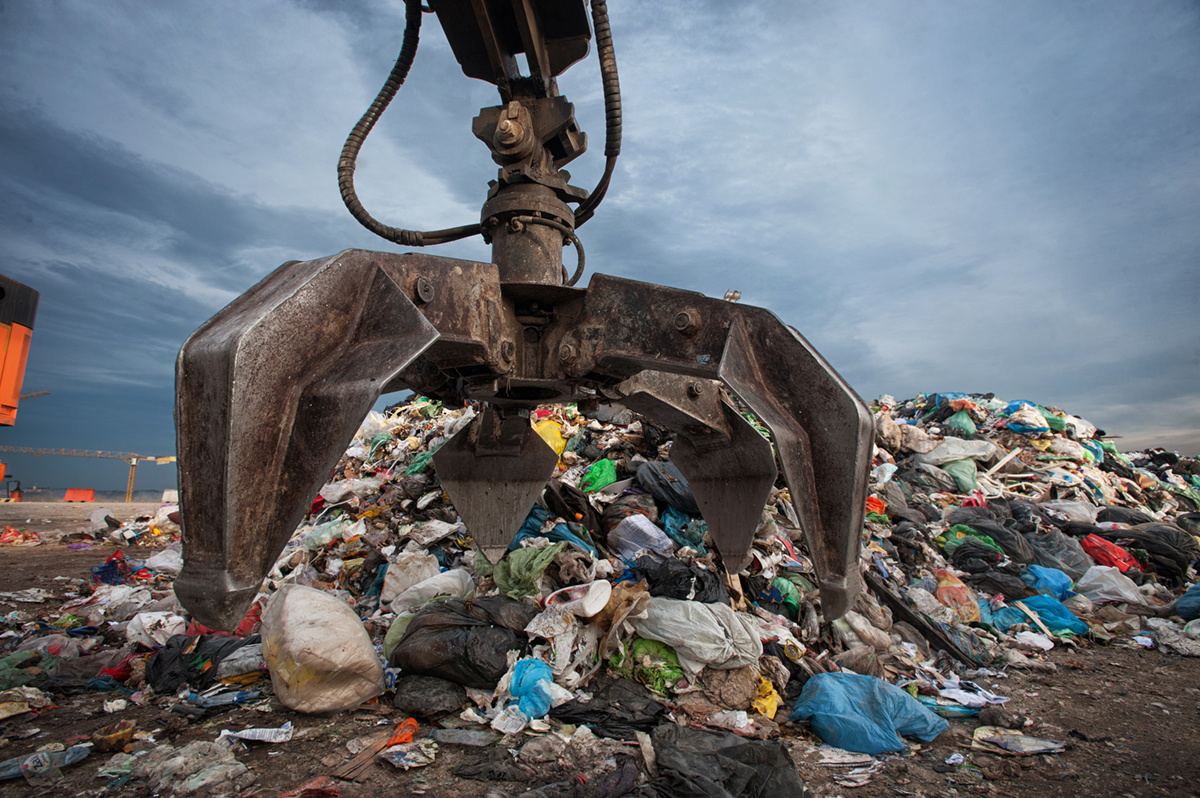 Benefits of Investing in a Waste Management Platform 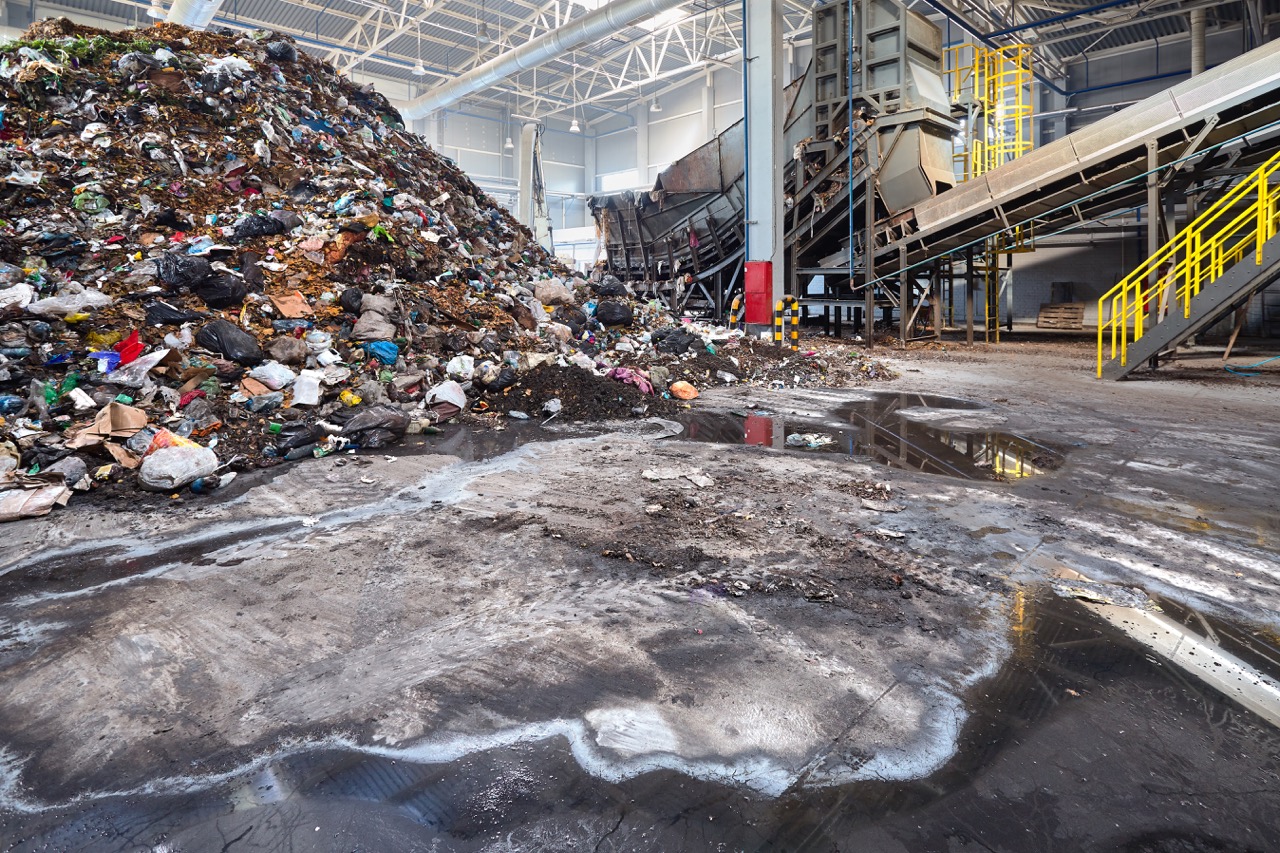 July 21, 2022
Senior executives in the waste and recycling industries are driven by the prospect of creating a sustainable future. Technology is one of the most under-utilized mechanisms to exact positive change with the goal of increasing operational efficiency. This means that modern IT solutions are needed to improve processes and create systems and processes to drive operational efficiency and profitability, as well as growth within a scrap metal, waste or recycling company.
Read More 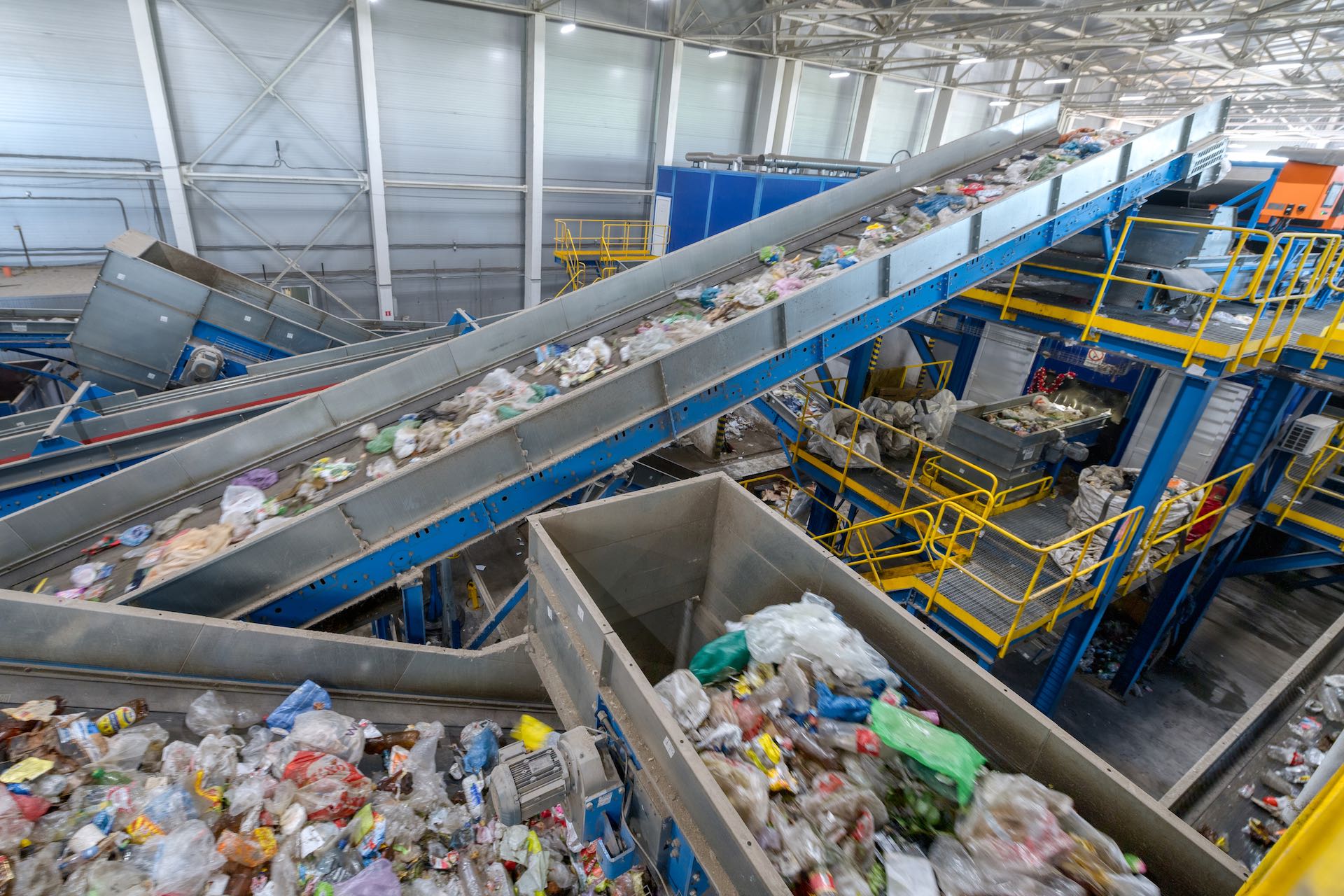 July 8, 2022
It is well known that the waste management industry has several unique challenges. It's regulated and closely scrutinized but also crucial to our economy and planet. As a result, waste management companies constantly look for ways to improve their processes and reduce costs while complying with strict regulations.
Read More 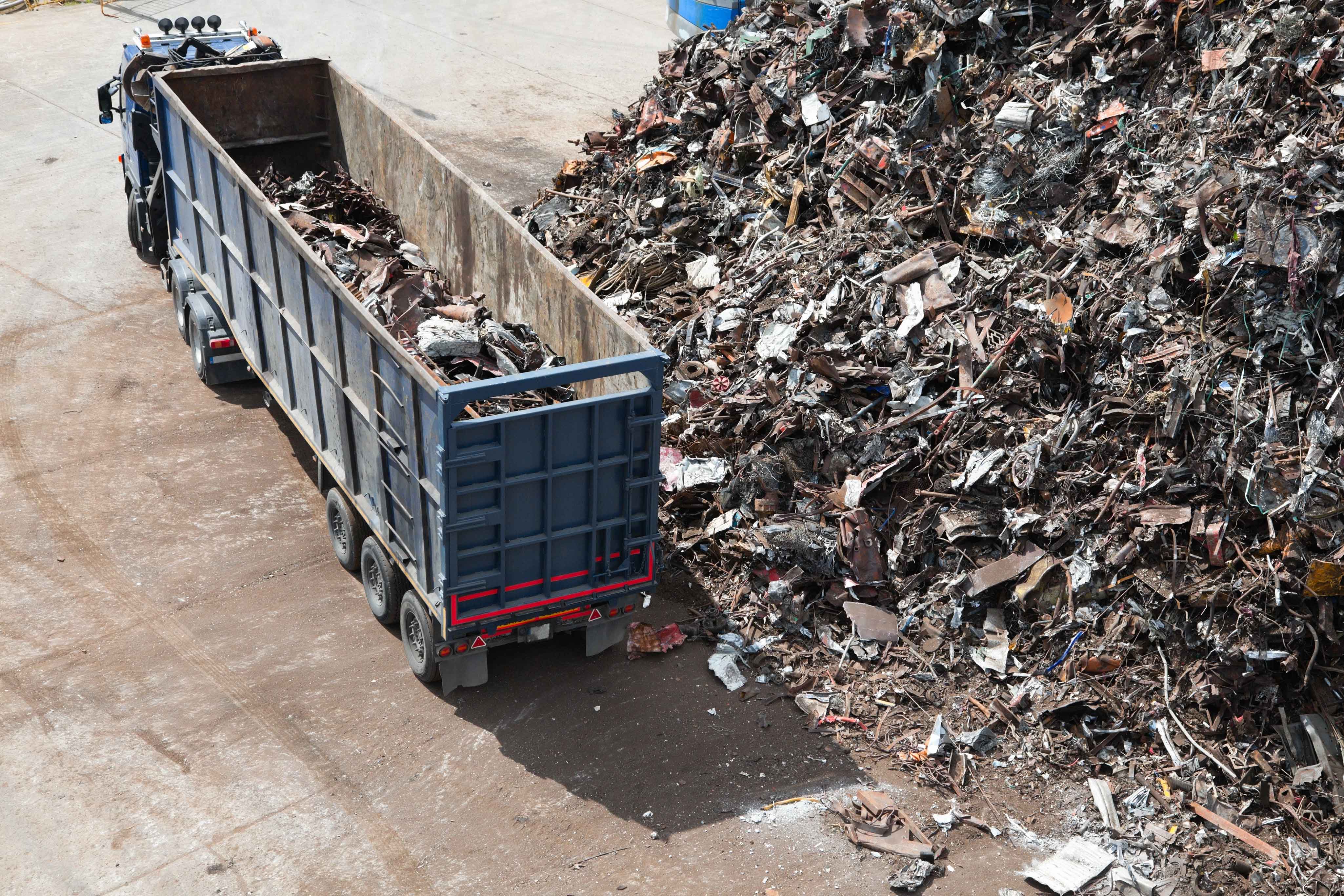 How To Make Money in the Scrap Metal Industry

June 23, 2022
The scrap metal industry has been around for many years. It is a multi-billion dollar industry that employs thousands of people in the United States alone. The industry consists of three major parts: recycling, processing, and manufacturing.
Read More 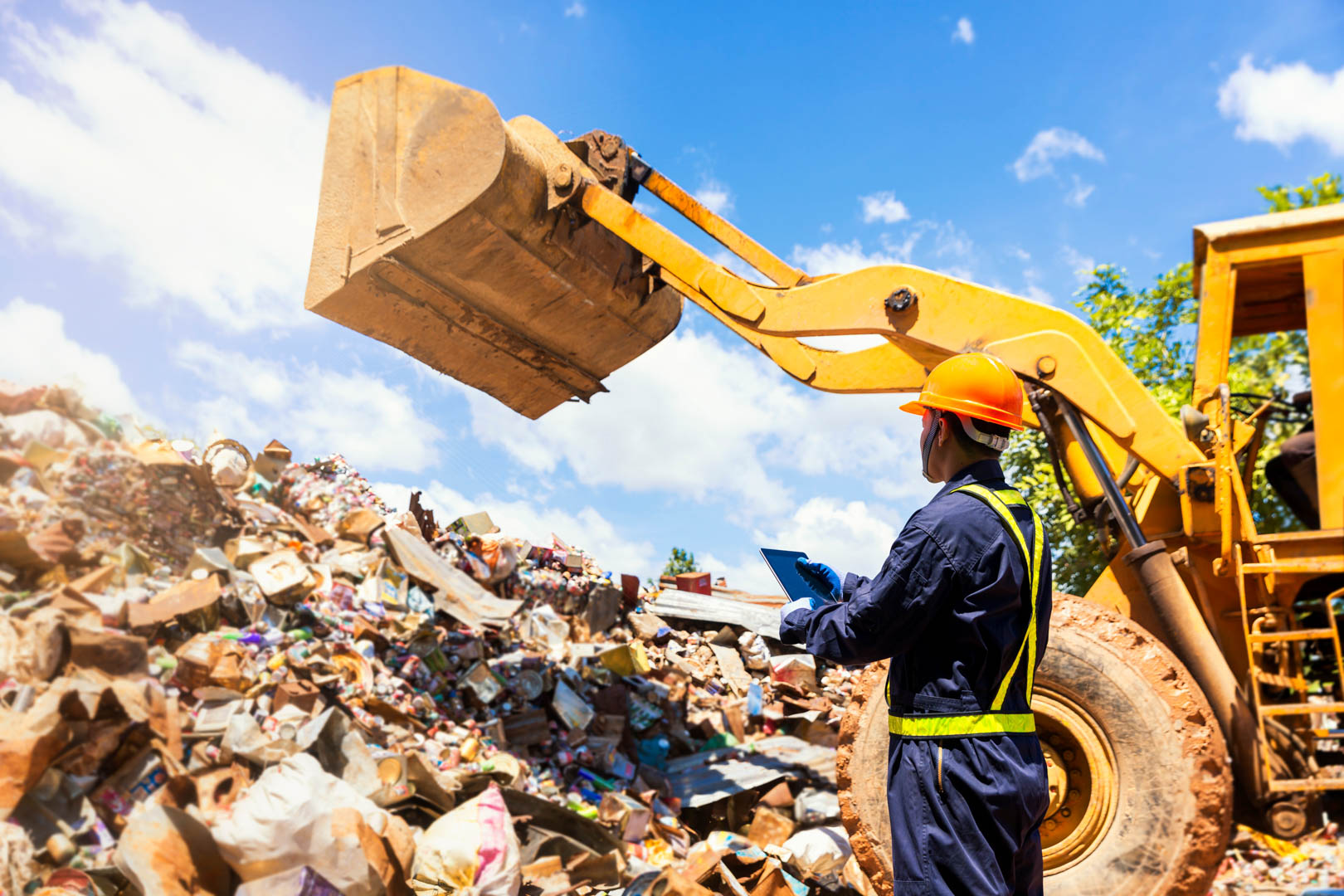 Waste Management Software: How to Cut Costs and Increase Efficiency

June 23, 2022
As the world becomes more industrialized, the amount of waste produced each year continues to increase. A recent World Bank Report predicts that by 2025, the world will produce over 6 Billion tons of waste every day. With this increase in waste comes an increase in the need for efficient waste management.
Read More 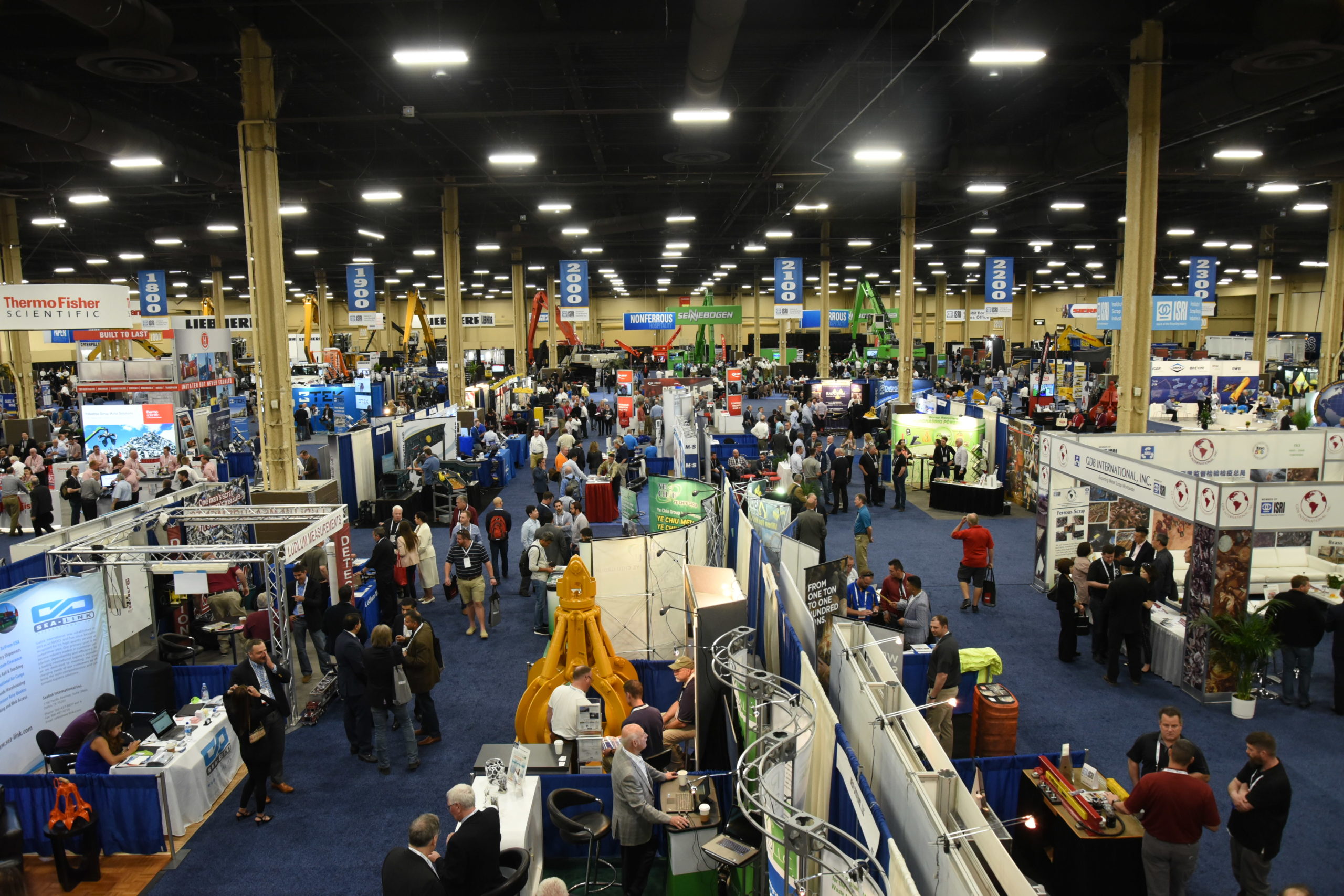 June 23, 2022
The Institute of Scrap Recycling Convention is the Scrap Recycling Industry's largest trade show, featuring more than 500 exhibitors and attracting more than 25,000 attendees from around the globe. The convention is the place to see the latest recycling equipment and technology, learn about the latest industry trends, and network with fellow recyclers.
Read More 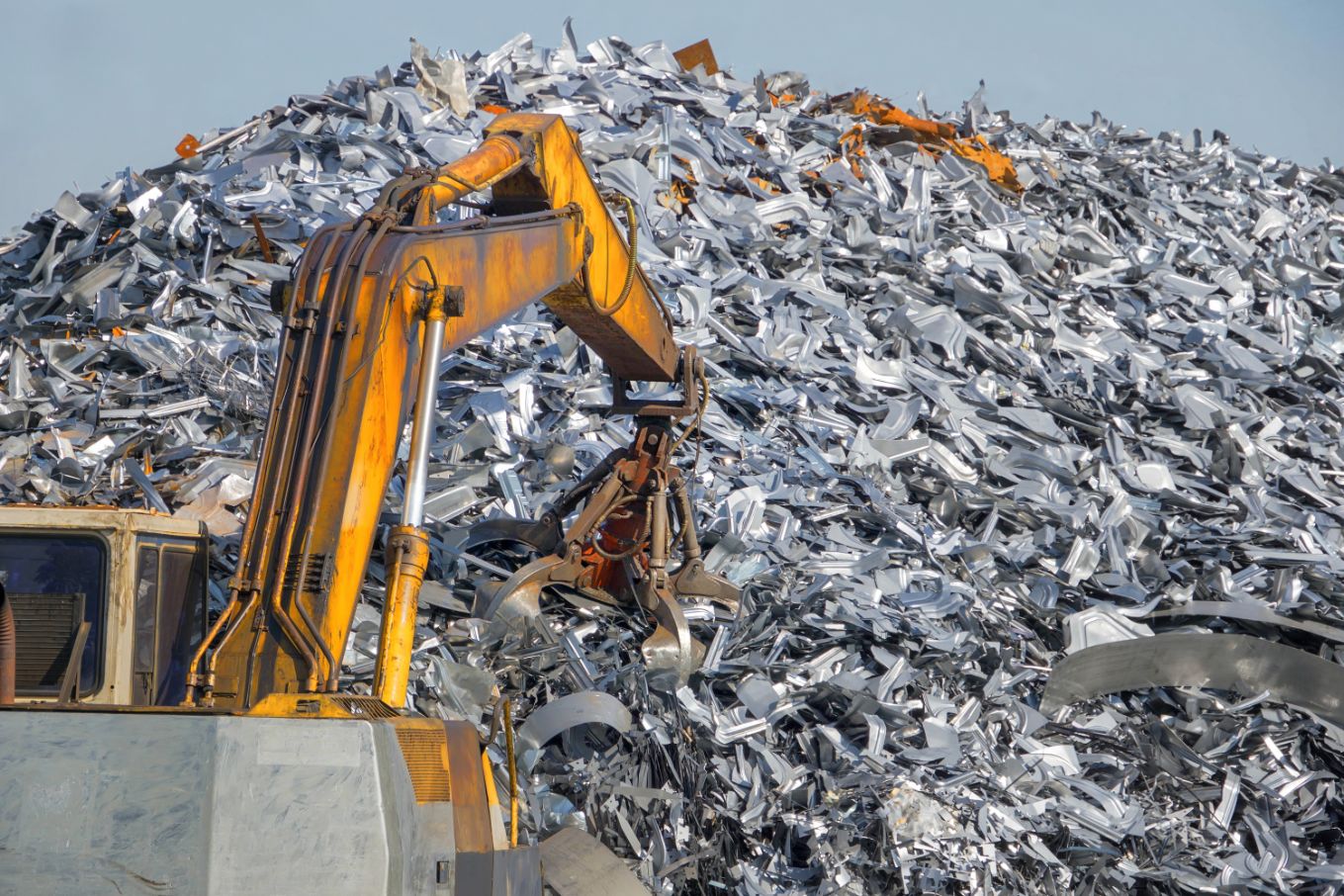 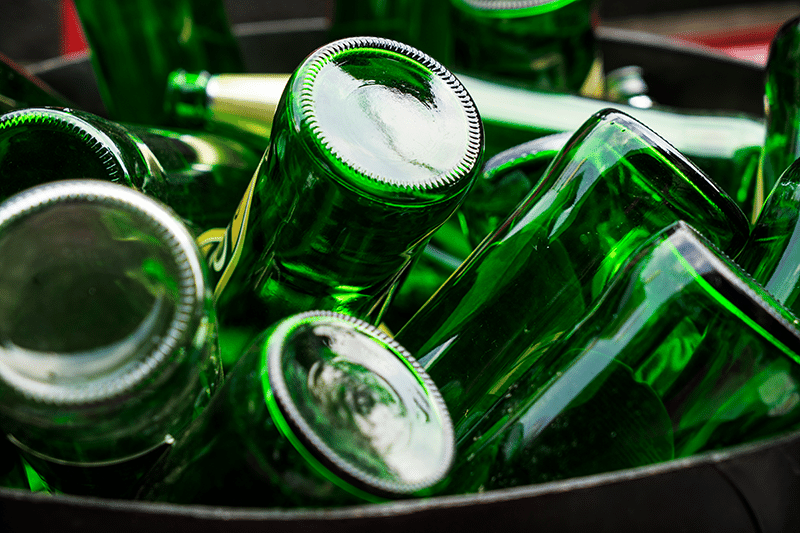 $350 Million Up For Grabs in Unclaimed Bottle Deposits

March 7, 2022
Californians pay an additional nickel or dime every time they buy a can of soda or a bottle of beer. This deposit can be returned to the recycling center. The California Bottle Bill was first introduced as a bill in the state of Oregon back in 1971. It passed and became law on March 8, 1972. The Bottle Bill's objective is to increase recycling which will reduce litter, landfill and improve water quality.
Read More 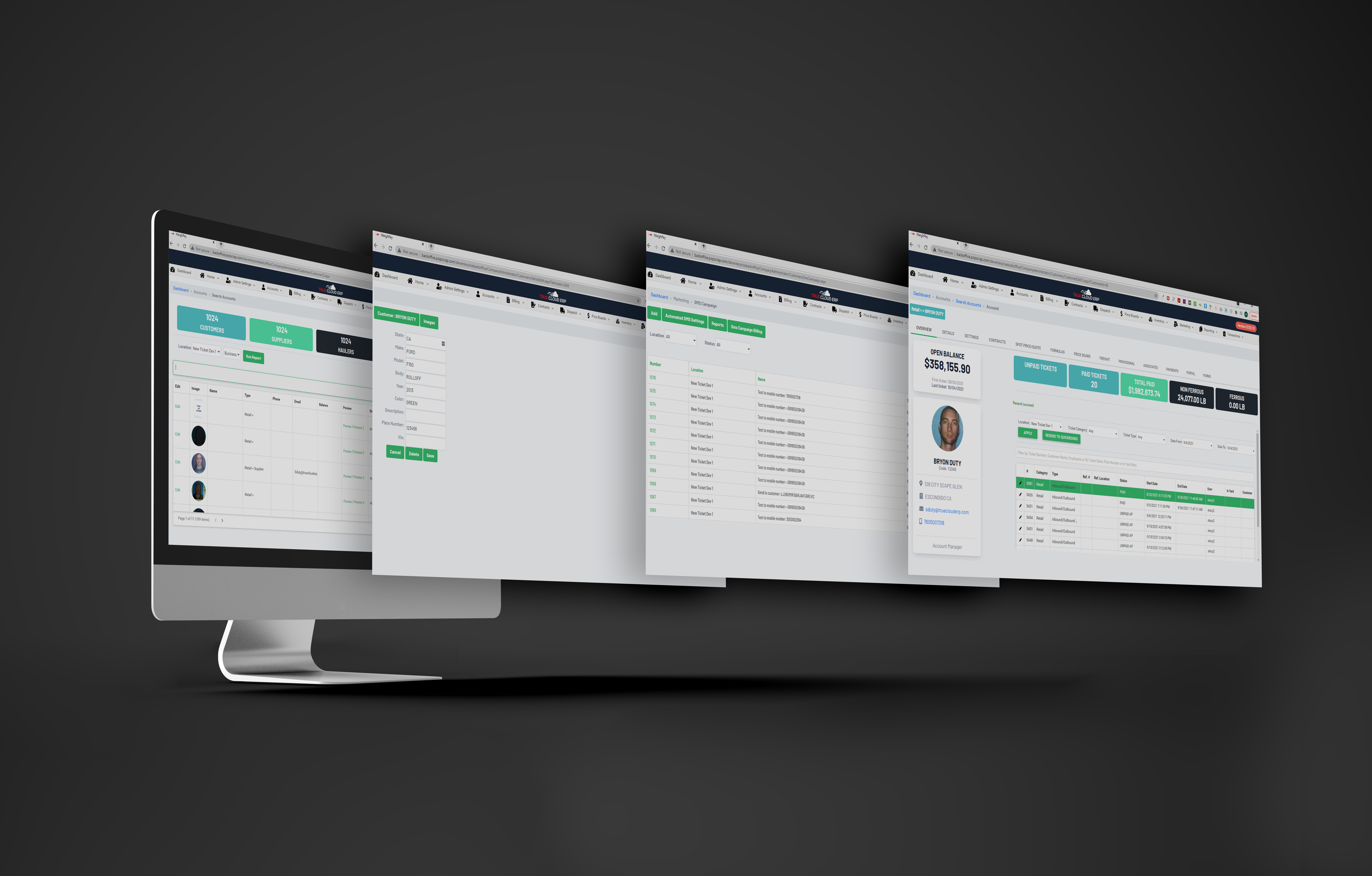 December 22, 2021
Many organizations in the waste management and recycling industry have both cloud and on premise solutions in place. Whilst there are advantages and disadvantages to both, hybrid cloud offers clients the best of both worlds.
Read More 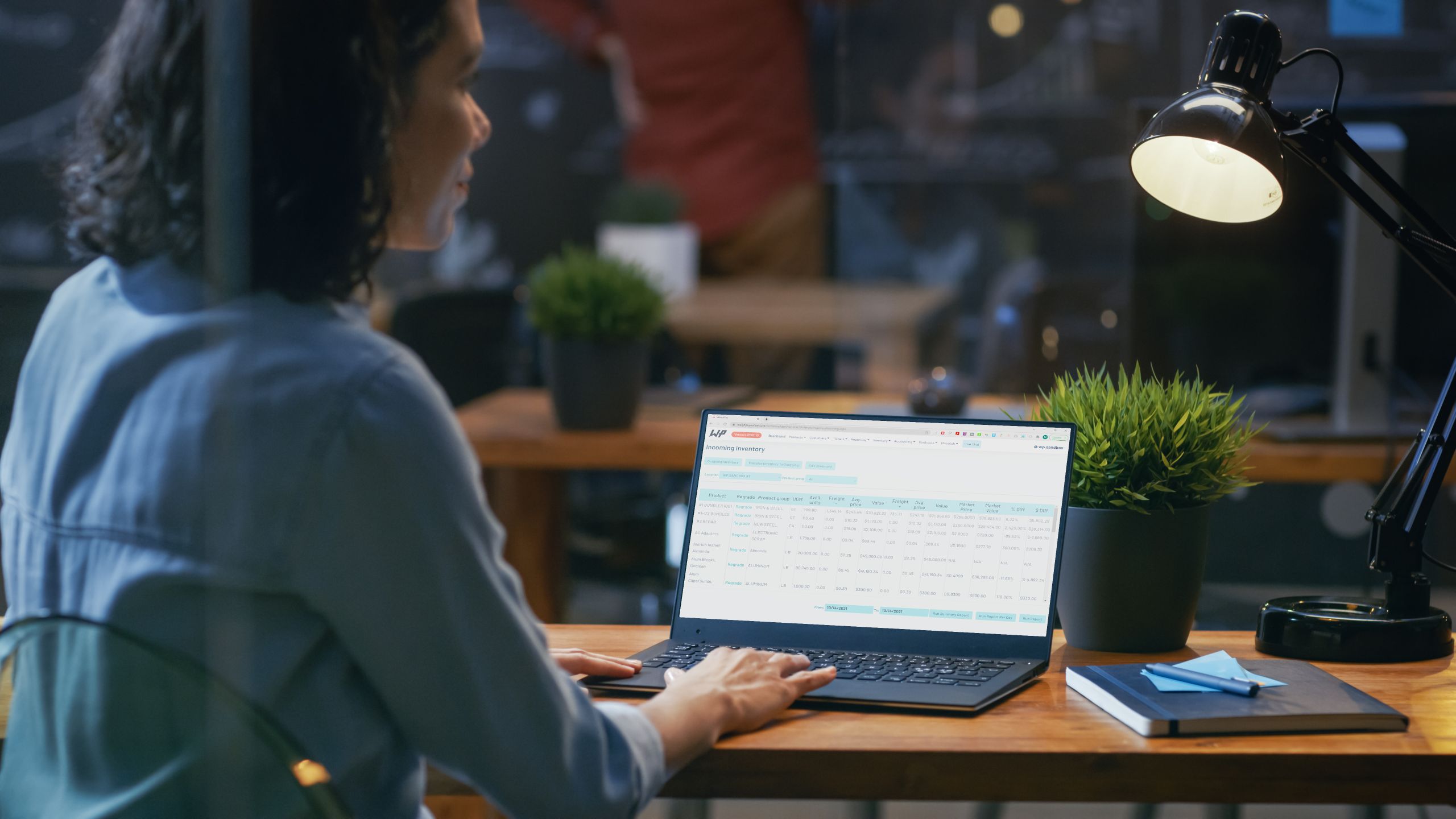 December 15, 2021
WeighPay continues to lead the recycling industry by delivering the most advance technologies possible. Our latest releases are a solid example of how our engeering team is staying ahead of the competition.
Read More 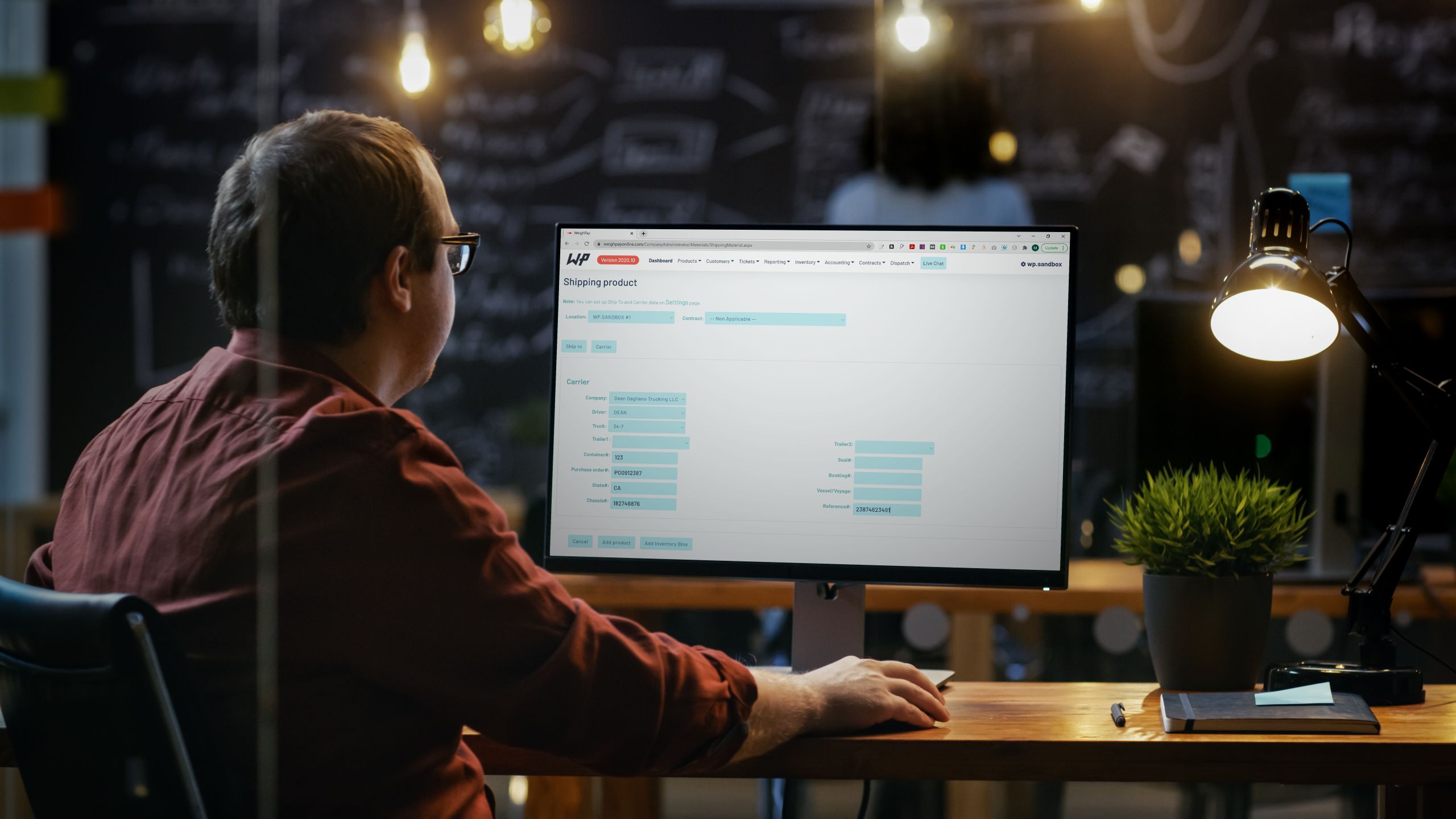 WeighPay aims at replacing SAI, RECY-AMCS, and Shared Logic with its robust and affordable cloud solution.

December 8, 2021
ATTN: This is our top 20 prospect list for 2021. We are building the industry's first true cloud ERP (with offline mode) to address the needs and wants of the largest scrap metal companies in the US to replace the outdated on-premise solutions like SAI, Recy, and Shared Logic.
Read More 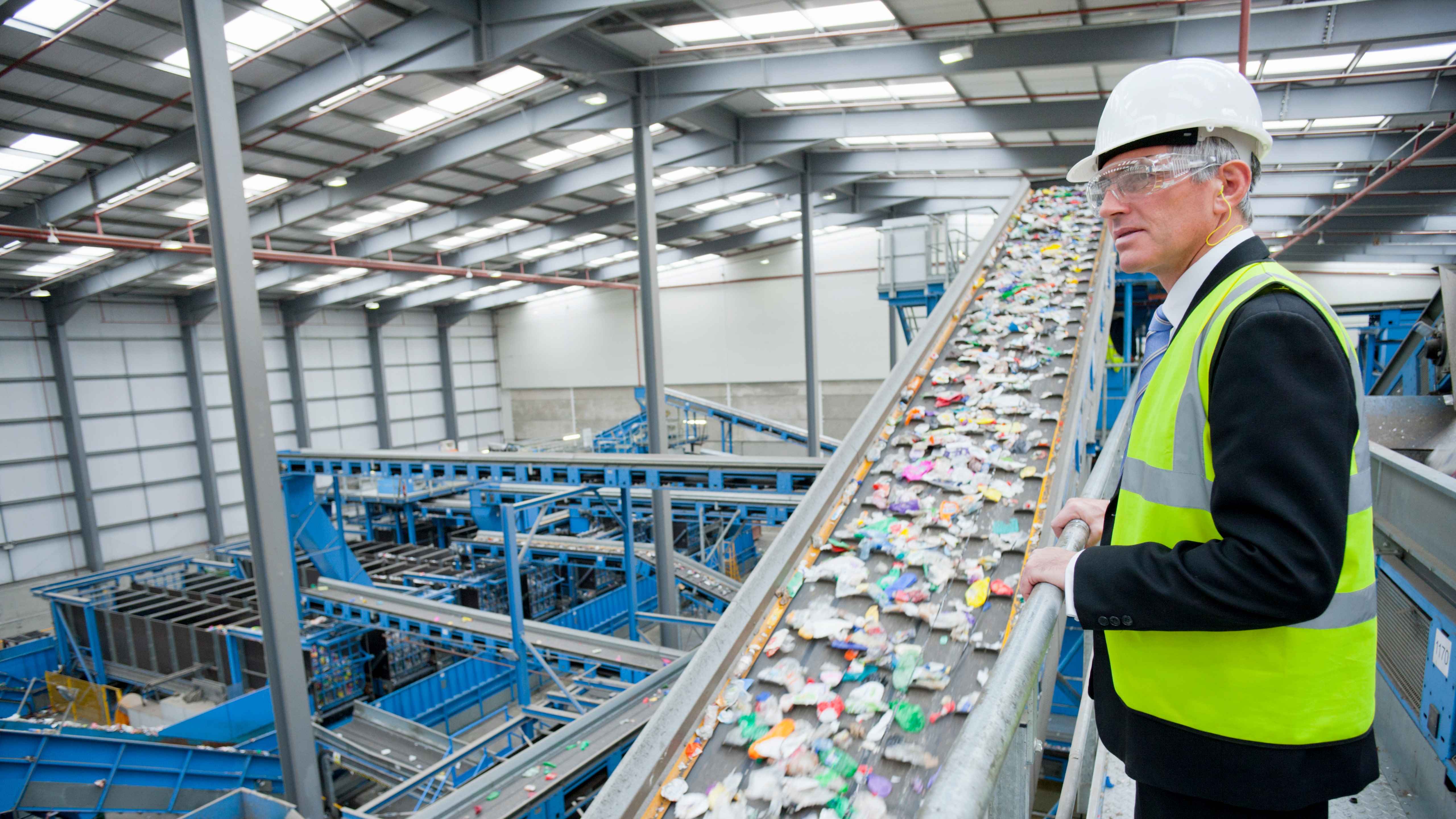 WeighPay for Landfills and Transfer Stations

December 8, 2021
Commodity-based businesses require dedicated solutions to meet their complex needs, landfills and transfer stations are no exceptions. As technology continues to evolve, more and more of these needs can be filled through cloud-based applications that allow for data to be managed anywhere, from any device.
Read More 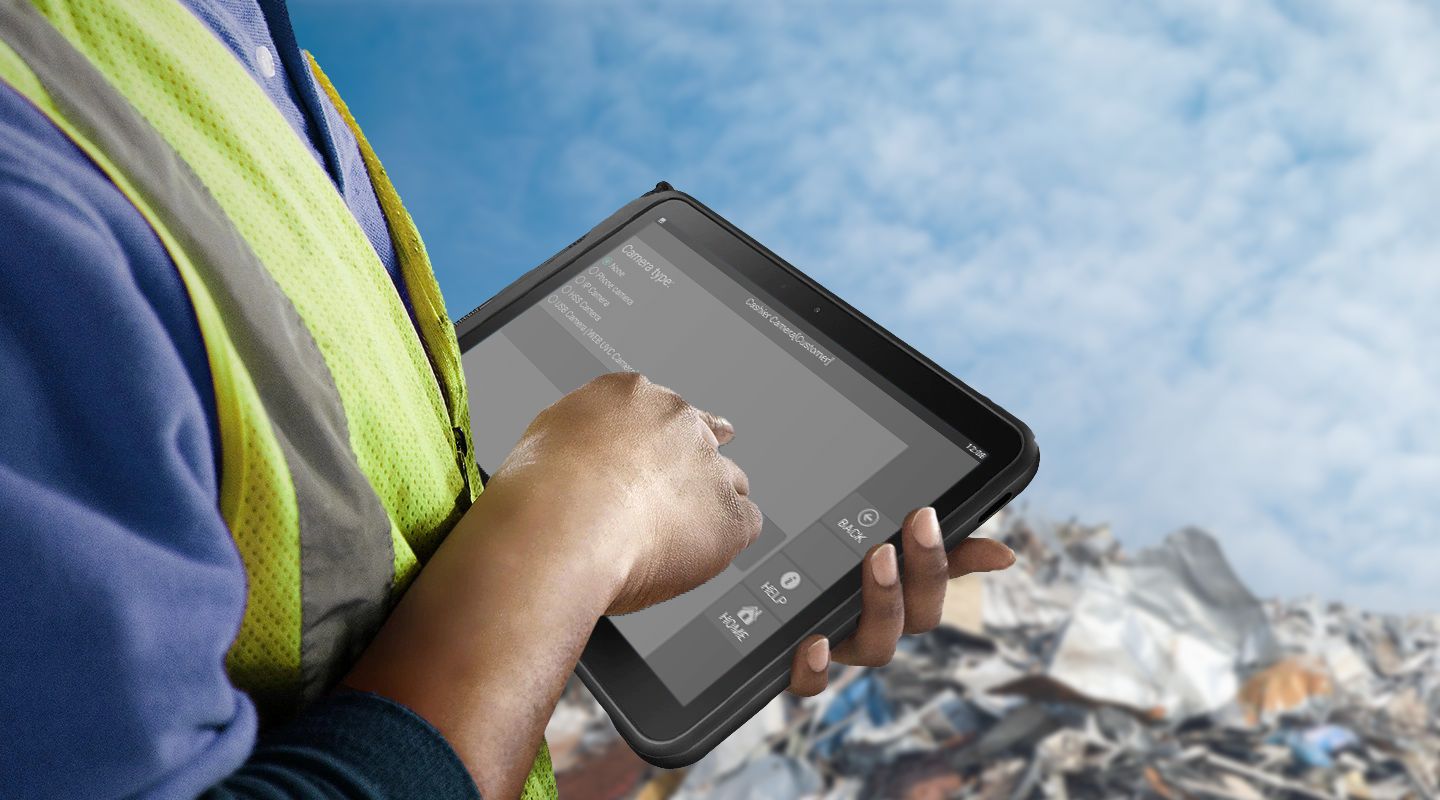 December 8, 2021
For companies in the waste management and scrap metal industries, weight is a critical concern. Not only does it allow companies to track the amount of weight collected, but it also ensures that it is properly routed and disposed of while creating points of differentiation between competitors.
Read More 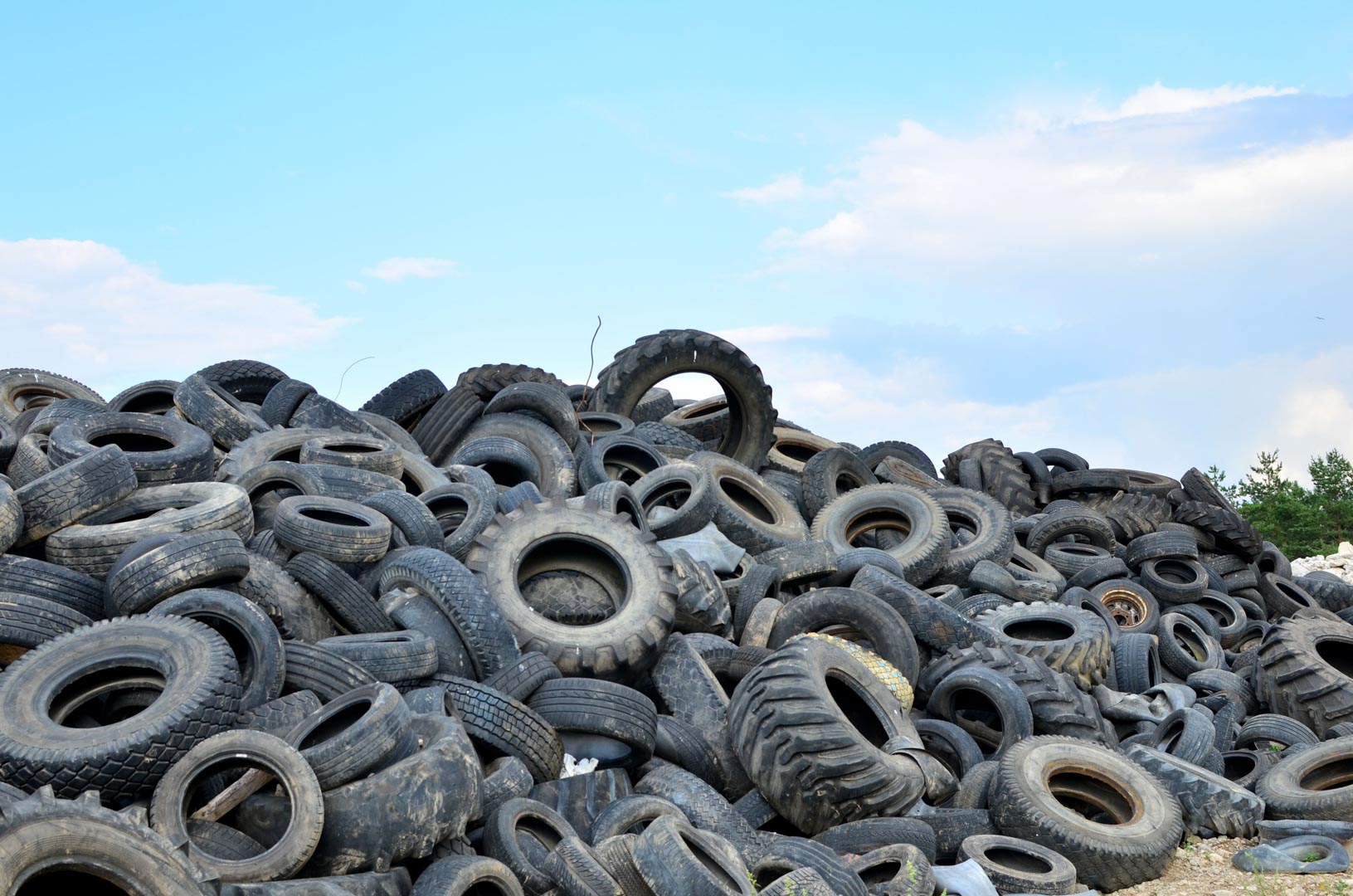 Top 5 Reasons your Scrap Yard should look into WeighPay

November 29, 2021
For companies within the scrap metal industry, compliance is essential for businesses to function. With metal theft a problem continually faced by the industry, every US state has implemented laws requiring scrap metal dealers to record information on deals such as seller image, items, vehicles, etc. to reduce the prevalence. It is essential that this information is properly recorded and stored so that companies can easily meet compliance requirements. WeighPay's unified solution simplifies the process of managing this information.
Read More 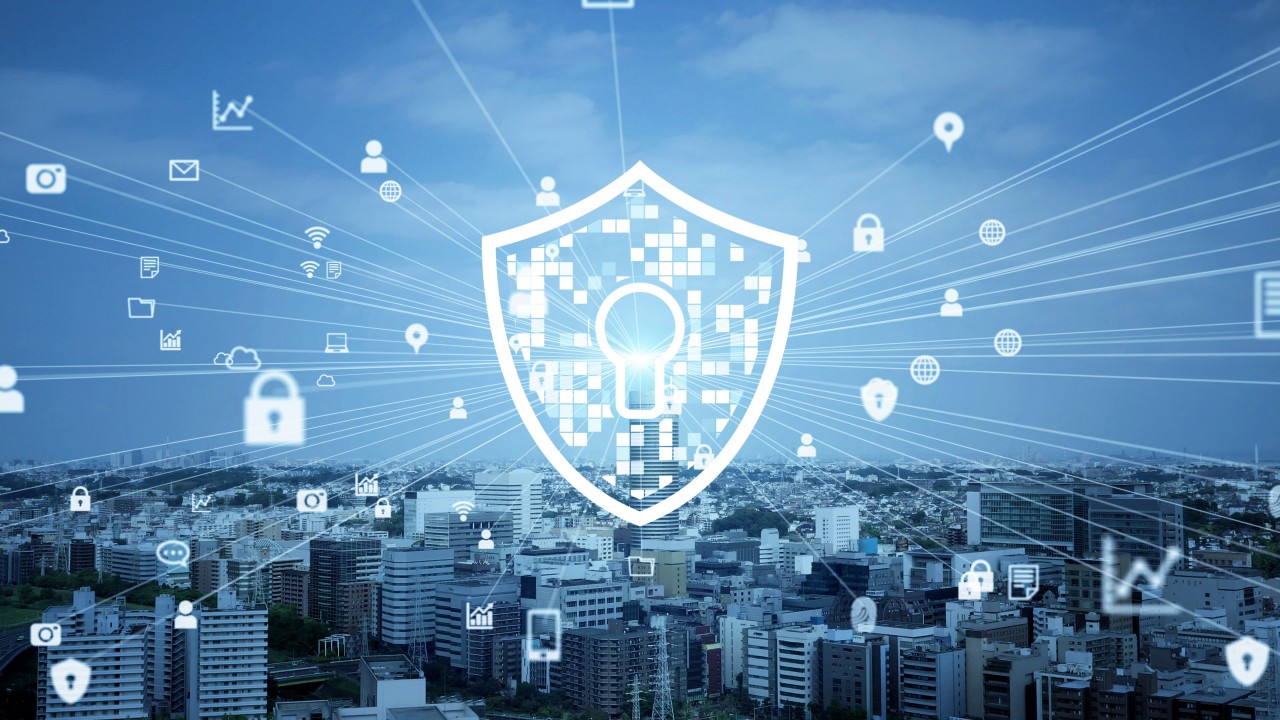 November 29, 2021
ERP (Enterprise Resource Planning) version lock can be seriously debilitating to a business. Getting stuck in version lock means your business or enterprise has reached such an extensive point in the customization of your software that it will break down when an update becomes available; thereby leaving you behind at a former version of the software.
Read More 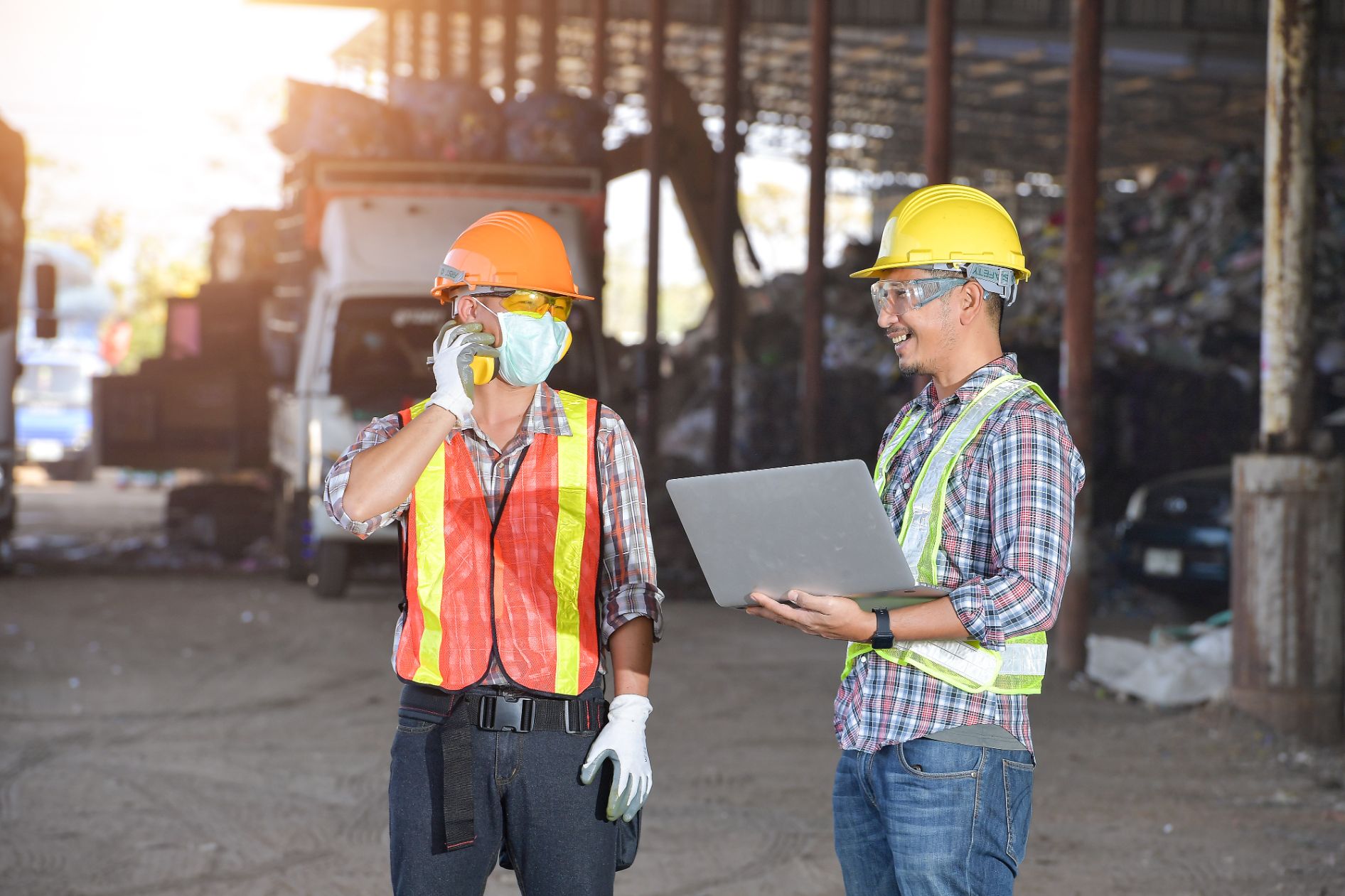 November 29, 2021
For companies within the scrap metal industry, compliance is essential for businesses to function. With metal theft a problem continually faced by the industry, every US state has implemented laws requiring scrap metal dealers to record information on deals such as seller image, items, vehicles, etc. to reduce the prevalence. It is essential that this information is properly recorded and stored so that companies can easily meet compliance requirements. WeighPay's unified solution simplifies the process of managing this information.
Read More